History truly abounds at Rocketts Landing, and we love learning all the centuries-old stories hiding beneath the seams. Recently, we posted a blog detailing Rocketts Landing as a Land of Opportunity as the first in a two-part series showcasing all the history alive here along the James River. Today, we share the second blog in our series, featuring the historic buildings on our property and how they made this unique community thrive. 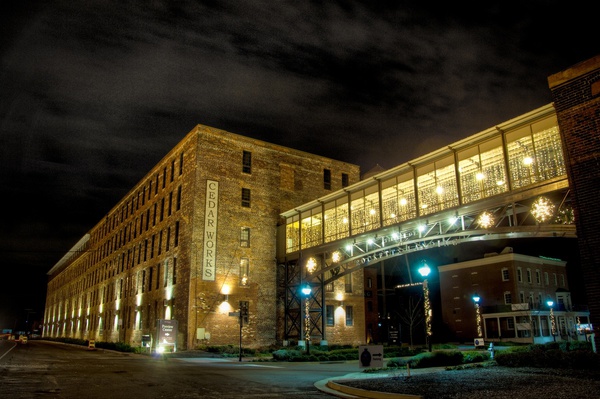 Cedar Works residential building and BrownGreer connect with a pedestrian bridge along Route 5.

Before Cedar Works became one of our first residential buildings here at Rocketts Landing, it was the former location of Richmond Cedar Works Manufacturing Co. This turn-of-the-century factory was founded in 1884 and used steam-powered equipment to churn out everything from ice cream freezers to decorative woodenware. While the machinery’s been gone for decades, reminders of the building’s industrial roots remain. During renovations, developer WVS Companies purposefully maintained the exposed columns, brick, woodwork and other unique details, such as workers’ initials hammered in nails on columns. (And rumor has it that you can also still get a whiff of the cedar lingering from decades past.)

Today, the Cedar Works warehouses are home to both a residential building and BrownGreer, who completed their beautiful renovation of one of the historic buildings in 2013. 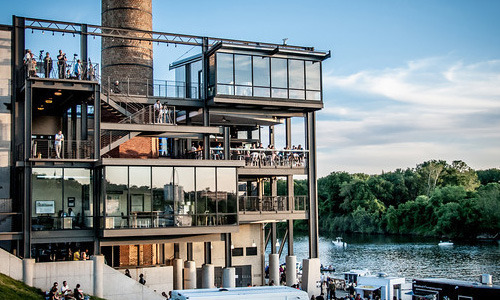 Currently home to the highly popular restaurant The Boathouse, as well as the Virginia Boat Club (VBC) and VCU Crew Club, the Power Plant building once played a huge role in providing Richmonders with transportation. Originally built around 1887, the plant powered RVA's electric trolley car system — which were also the first electric trolleys in the country! After the trolleys' heyday ended, the power plant sat unused for many decades, just waiting for a new moment to shine.

Today, not only is it an architectural remnant of Richmond's past, but it's also a remarkably modern structure (transformed by H&A Architects & Engineers). In fact, the old power plant’s redesign is so creative and beautiful that H&A has since won awards for their renovation: Merit Winner, IDEAS2 Award by the American Institute of Steel Construction (AISC) and the Commendation for Architecture Award from the American Institute of Architects (AIA), Hampton Roads Chapter. 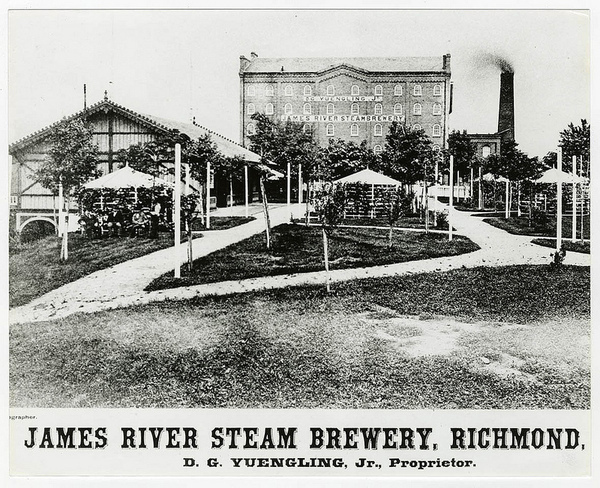 A flyer for the original brewery that brought beer caves to Rocketts Landing.

Located along the banks of the James River, at the edge of our Fall Line building, the historic beer caves at Rocketts Landing are a unique treasure in RVA's rich history. In a nutshell, the caves are remnants from James River Steam Brewery, which D. G. Yuengling Jr. opened in the 1860s and closed in 1879. The caves are between 45-feet and 95-feet in length, and stored what became a popular beer for Richmond society. A beer garden also once existed on the grassy area above the beer caves and served as a meeting spot for RVA's German society to talk politics. Even when James River Brewery closed, the beer garden still attracted people to its tasty view. And despite a fire that blazed the beer caves in 1891, their remnants have remained amazingly intact since that time. 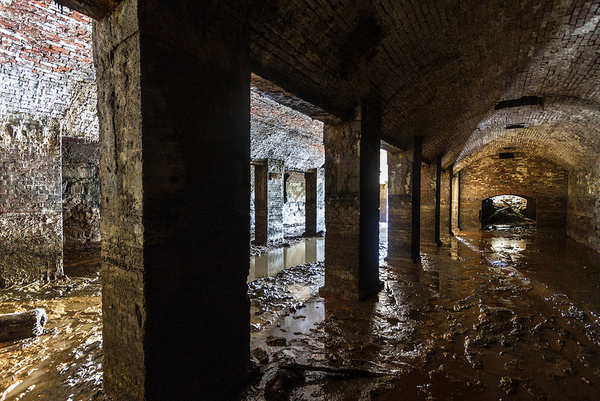 A look inside the beer caves at Rocketts Landing. Photo credit: Chris Johnson

Though the beer caves have remained unused since the 19th century, we have great plans in store to revitalize this historic gem into an underground restaurant. Additionally, in January 2014, the beer caves were added to the Virginia Landmarks Registry — and have been nominated to the National Register of Historic Places.

Though it looks deserted now, this building has a new life awaiting it along the James River.

Sitting along the riverbanks beside where our community's pool resides, you'll see an empty building shell awaiting redevelopment. Digging up history on the site's been a bit tricky, but so far our sources say it once was home to a steel manufacturing facility, as recently as the 19th century. Today, the historic structure sits waiting to reawaken as a destination along the James River. As we learn more details, we'll be sure to share! 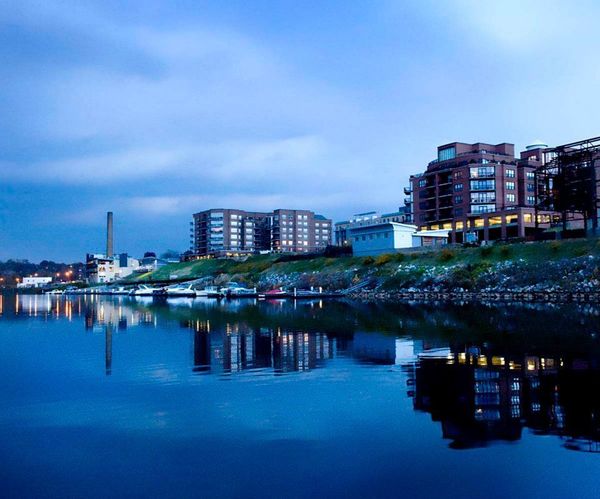 Today, Rocketts Landing is a thriving community with Richmond's only marina.

To discover and share all the stories and history surrounding us at Rocketts Landing, we’d need more space than our blog can hold — more like a whole book! We truly appreciate that we're connected to such old (and new!) amazing experiences that continue to define our community — and Richmond, right around the river.