The History of Rocketts Landing, Part 1: The Land of New Opportunity

Rocketts Landing's vibrant riverfront community has been around since 2007. But, our neighborhood's connection to Richmond and the James River is much older — and we love the history pulsing underneath and within our community every day! So, we've decided to dissect and share some of the stories with you in a two-part blog showcasing the unique history that helps to make Rocketts Landing who we are today. 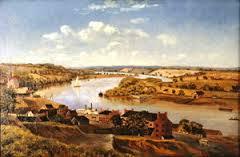 Rocketts Landing in its very early days of colonization.


The Village of Rocketts Landing Was Once Named "Nonesuch"

Back in 1607, just days after Christopher Newport landed at Jamestown, he decided to head up the James River to explore where it would take him — hoping, eventually, to find a pass toward the Pacific Ocean. Instead, he landed the Godspeed at the present-day location of Rocketts Landing and found a thriving Native American village in the center of the Powhatan Confederacy. Two years later, Captain John Smith, who was taken by the land's charm, purchased the area and renamed it "Nonesuch." The fertile land and riverfront proximity made it a prime location for English settlers to relocate and start their life in the New World.

By the end of the 17th century, after becoming a successfully established British  colony, Nonesuch was a thriving commercial port.

In 1730, colonist Robert Rocketts established a ferry service for transporting goods at the riverfront village. His ferry connected the north and south sides of the James River, and united bustling commercial operations. The ferry was a success, and the village quickly filled with merchants and tenant laborers who built thriving neighborhoods and businesses. In fact, Rocketts Landing became one of America's busiest inland ports! And one of Richmond's oldest, still-standing houses, the Woodward House(which is just down the street from our community), is one of the few original remnants of this era at Rocketts Landing. 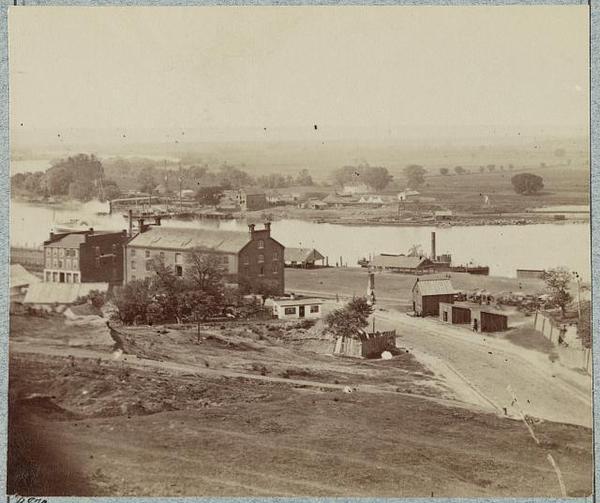 View of Rocketts Landing and the James River from Libby Hill. Photo taken between 1861 and 1865.

As the commercial port grew, so did Rocketts Landing's population! This growth was spurred not only by colonists, but also due to the many free black residents and immigrants from Germany, Scotland and Ireland that settled at Rocketts Landing between 1790 and 1830. The port's continued success developed the community into a globally important seaport. Rocketts Landing connected Richmond via the James River to Philadelphia, New York and Charleston, as well as many South American and European ports, transporting two of RVA's most popular exports: tobacco and flour.

On April 3, 1865, Rocketts Landing further cemented her place in RVA history when Maj. Gen. Godfrey Weitzel, commander of the Army of the James, entered Rocketts Landing and seized control of Richmond. The very next day, Abraham Lincoln landed at Rocketts Landing to tour the smoldering city. Mayor Mayo had already surrendered the city to the Union, and Weitzel's troops were among the many Union troops who extinguished Richmond's blazing fires (nearly 40 city blocks!) and restored order to the chaos. 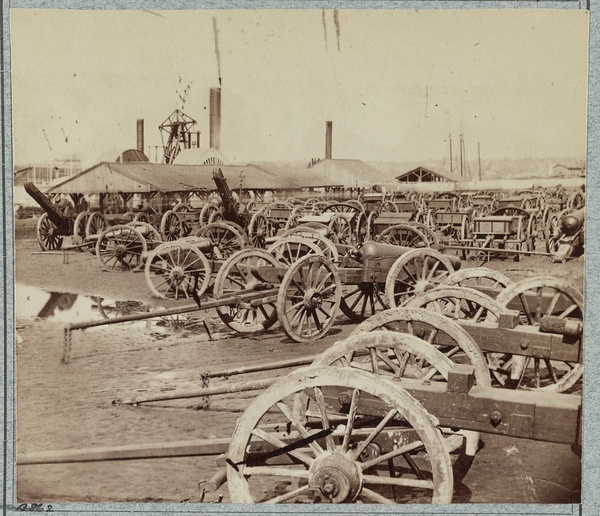 Clearly, history is a huge part of what makes Rocketts Landing who we are today! In our next blog, we'll showcase the historic buildings remaining in our community and the unique role industrialization at Rocketts Landing played in Richmond's — and the country's — amazing history.